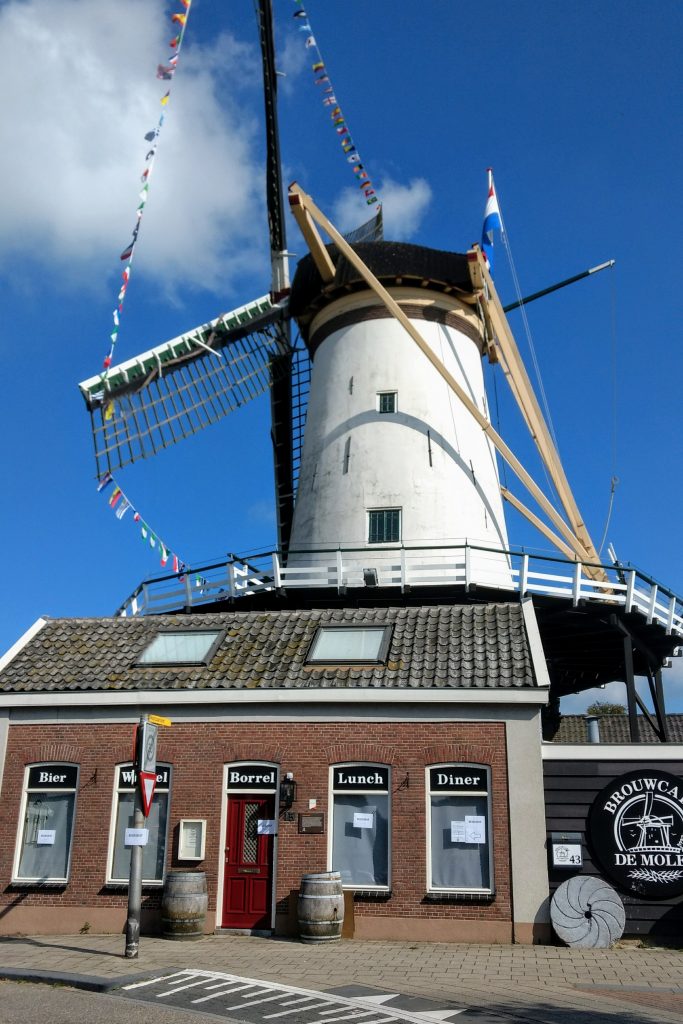 I finally made it to Holland’s most famous beer festival! My first time at Borefts Beer Festival didn’t disappoint. Like smartphones and vegan chocolate cake, I love these festivals so much, I can hardly imagine a time when they didn’t exist.

Eight years ago Brouwerij de Molen started hosting this event, which was the first craft beer festival in Holland (or so I’ve been told) and is not to be missed if you seriously love beer. Many blogs have been written about Borefts, but since every year there are different breweries there, I don’t feel another Borefts story is superfluous. I mean, how can you get enough of great beer, right?

For me it was like being a kid in a candy store. About 20 breweries were invited for the festival, spanning two days, September 22 & 23. This year’s theme was Flower Power (in reference to the summer of 1967) and the brewers all brought a festival-theme beer. Around 7000 people from all over the world made the journey and a total of 90.000 beers were poured! I tasted about 30 different beers, I wish I could have managed more! I won’t bore you with long tasting notes (I’m rubbish at that anyway and I actually loved all the beers, except one). But several breweries and beers made memorable impressions, which I think are worth a mention.

I loved the flower power theme beers and had so much fun trying them! My first one was Ægir Bryggeri’s ‘Flower Breeze’, a lovely purple colored fresh tasting beer, with a nice tart undertone, that gets its dark color from the Blue Malva flower. This makes beer so much more fun than wine, you can really experiment with anything!

Cloudwater’s ‘Spirit Animal Elderflower’ was an interesting combination of sour with a saison flavor. I have been dying to try their beers after seeing their wonderful arty cans all over Instagram. Unfortunately I missed out on them, should have gotten in the queue, the next day they were out! Lucky for me the beer shop was selling them, so I got to take some lovely cans home with me!

Närke’s ‘Hello my name is Hampus’ was a fun one, with what I call ‘a green taste’ to it (I don’t know how else to describe it, it’s like being in a meadow). Hair of the Dog’s ‘Bokay’ was a nice light flowery blonde, a second running of one of their other brews, making it more of a session like beer and a perfect one to start the second festival day with. I especially liked Põhjala’s Power Flower (which is one of my favorite breweries, so I might be biased), a really nice floral, fruity, sweet, sour flavor, all in one beer!

Several breweries were new for me. The Japanese Tamamura Honten’s ‘Snow Monkey IPA‘ was a wonderful surprise! I love hoppy beers (as in both fruity and bitter) and this one hit the spot! Couldn’t put my finger on the fruity flavor (mango?), but would have had more if there weren’t 200 other amazing beers to try…. Hungary’s MONYO Brewing Co. had a lovely stout ‘Boris the Blade‘, without the usual coffee or chocolate taste, but I must say I really liked that ‘no frills’ flavor, which tempts you to keep drinking it.

Admittedly all the IPAs I tried were pretty fantastic. Just to name a few: Galway Brewery’s ‘Goodbye Blue Monday’, a smooth bitter beer with a sweetish finish, that went down very well. Bakunin’s ‘Fibonacci Imperial IPA’ was quite the powerhouse, a wonderful hoppy bitter beer. Stigberget’s IPAs were all wonderful. Their ‘Uno Imperial IPA’ had a mix of Citra, Nelson and Columbus hops, combining lovely hoppy aromas and the bitter IPA taste. It’s hard to pick a favorite (I usually try to stay away from that), but Brouwerij Kees’ New England IPA really stuck with me, juicy and bitter at the same time! Will definitely buy a few bottles of that to have at home.

I made the rookie mistake of not starting on the big beers early, so a lot of the stouts I wanted to try were already sold out by the time I got round to them. Of the stouts that I did try two were the absolute cream of the crop for me, both made by Brouwerij Kees. ‘Double Shot‘ was pure coffee, could be a breakfast beer, loved it! The barrel aged ‘Caramel Fudge Stout‘ tastes exactly as its name promises, a divine caramel dessert, the sweetness well-balanced and not going over the top, impressive!

I tried quite a few other really good beers, but there are just too many to mention in one blog post. If you want to compare notes, check out my Untappd page 010beerblog.

If two days of drinking beer isn’t enough, then the Borefts After Festival is for you! Hosted at my favorite bar in Rotterdam, Kaapse Brouwers, it’s another perfect opportunity to savor the Dutch Indian summer while tasting more great beers from (inter)national breweries.

A third day of drinking turned out to be challenging, so I kept a low profile, going for the breweries I’d never tried before and unfortunately missing out on great beers by Oedipus, La Quince, Van Moll, Oersoep and Uiltje. I loved Nevel’s ‘Teerling’, a blend of barrel-aged wild beers (Rioja, Ardbeg). A really nice balanced sour beer, without the lingering acidity in the aftertaste that some have. My favorite one was Tanker Brewery’s ‘Hallucination’, an absolutely wonderful hoppy citrusy, crispy light flavor, with Mosaic and Galaxy hops.

One of the best beer weekends I’ve had. I’ll definitely be back next year!! 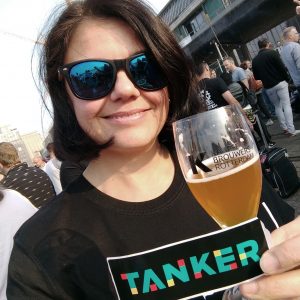 My Boreft’s rookie experience taught me a few valuable lessons. If you’re going to a beer festival for the first time, here are some tips to make it a great one!

1. Everyone is your friend – I was a bit anxious about going to the festival alone on Friday. No fun drinking all day by yourself, but I thought I would take my chances. I didn’t regret a single minute! It turns out that this is one of the friendliest places I’ve ever been to. That is truly the magic of Borefts. A half an hour in and I was already talking to loads of people I had never met before. Got a chance to chat with a few brewers about their beers, had a nice conversation with the guys from KeyKeg, had fun meeting my blogging counterpart from The Hague (@craftbeergirl.nl), ran into a former colleague who still remembered me after 10 years, and had a nice chat with an importer of North Carolina beers (@allkindsofbeers) who recognized me from Instagram. How great is that!

2. Start the big beers early – As to be expected, the most wanted beers sell out fast. It pays to make your favorites list in advance and get in the queue, so you don’t miss out on the ones you really want to try (like I did!).

3. Wear comfy pants with pockets, girls! – There’s a lot going on at a beer festival, so having to get into your backpack every five minutes to grab tokens, a pen for taking notes and your phone for pictures, is a total nuisance. On the second day I was definitely wearing jeans with pockets.

4. Bring on the merchandise – I doubt anyone can succeed in going to Borefts without bringing something back with them. The selection of shirts was excellent, the beers in the shop even better! A lot of the breweries at the festival had brought a few of their beers to sell. I got my hands on several cans of Cloudwater, Stone Brewing and Aegir. Very proud of my beer haul! So make sure to bring money and a bag to your next festival.

2 Thoughts to “The magic of Borefts”