It’s time to set the record straight once and for all. If you’ve been using the word ‘hoppy’ to describe your beer, you’ve probably been using it wrong. Most of us (myself included) describe a beer as hoppy, when we actually mean bitter. Do any of these ring a bell? “This beer is quite hoppy for a pale ale” or “I really don’t like hoppy beers.” During the past year I learned that hoppiness and bitterness isn’t actually the same thing (insert jaw drop). When you stop to think about it, hops is used in almost all beers, meaning they would all qualify as being ‘hoppy’, right?

So what is hoppy?

The many characteristics of hops

To understand what hoppiness is, it’s good to know why brewers put it in their beers in the first place. The use of hops provides many advantages and it is hard to imagine modern beers without it. As Joshua Bernstein describes it fittingly in The Complete Beer Course

From a historic perspective, the use of hops is relatively ‘new’ compared to how old the first beer recipe is (that we know of). The discovery was a real brewing game changer, because the anti-bacterial properties of hops prolong the beer’s life, meaning it could be stored and transported to faraway places. It also enhances a beer’s head retention. But hops are most well-known for the bitterness they add to beer, which has become quite the competitive focus in the brewing of the IPA beer style.

What people aren’t always aware of is that hops also provide the beer with a lot of flavor and aroma, like pine, tropical fruit, citrus, grass, pepper, earthy flavors and many more, all depending on the variety. Like wine, the hop character is affected by ‘terroir’ (the land and climate where it is grown). Pacific Northwestern hops tend to have a more citrus or pine flavor and aroma. Well-known varieties are for example Cascade and Columbus. Some can have a tropical scent with an earthy edge to it, like Mosaic. European hops, like herbal Saaz from Czech Republic and Hallertau from Germany are more aromatic and less bitter than their American counterparts. The Japanese variety, Sorachi Ace, has a bold lemon character and notes of lemon grass. Hops from Australia and New Zealand are known for their (tropical) fruit aromas, for example Galaxy or Nelson Sauvin.

So to put it simply, describing a beer as ‘hoppy’ won’t do it justice. A hoppy beer may have intense hop flavor and aroma without being bitter at all. Not to mention the fact that one person’s drinkable session IPA is another person’s mouth puckering hop-bomb!

The million dollar question is of course: how do you get a beer to be more or less bitter? Or have a citrus flavor? The secret is in the recipe! Hops can generally be classified in three categories: bittering hops, flavor/aroma hops or dual purpose hops.

Bittering hops are added at the beginning of the boil and are boiled the longest (for about 60 to 90 minutes). Flavor and aroma hops are added toward the end of the boil. To enhance the impact of hops’ flavor and aroma, they can also be added after the boil during the fermentation process, which is known as ‘dry-hopping’. The result is a hop-forward beer, in other words you experience a huge burst of hop aroma during the first taste.

Don’t be fooled by the misleading marketing; not only the IPA beers are ‘hopped up’! An imperial stout contains more hops than a standard IPA, but the strong, semi-sweet dark malt presence in the imperial stout will balance out the bitterness. 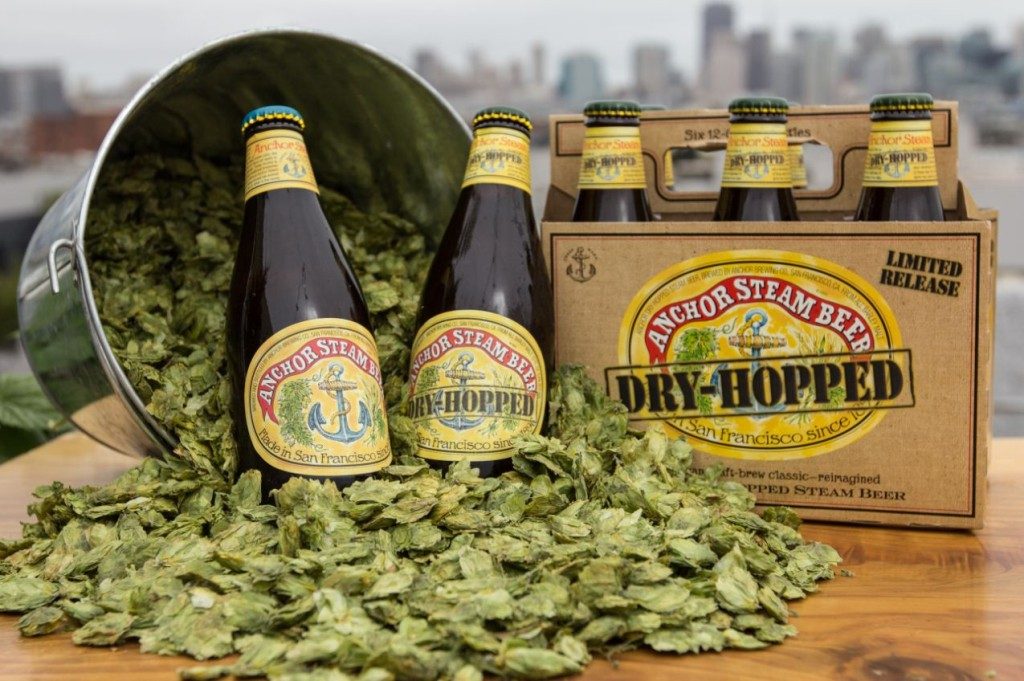 In pursuit of hoppiness

You may have noticed, the hoppy arms race is underway! Sometimes it feels to me like the brewer’s only goal is to get as much hops in the beer as possible, amping up the IBU (International Bitterness Units). The higher the IBU, the more bitter the beer. Or at least in theory. I’m about to burst your bubble now. The whole IBU rage is based on a myth!!

Unfortunately (and I am speaking for myself obviously) we can only taste bitterness up to about 100 IBU. Anything above that really has no point, taste-wise anyway. On top of that, most breweries measure the IBU content themselves, instead of having it done at a lab, so it is questionable how many IBU are really in your beer (for a chemistry lesson about measuring bitterness, check out this article). A well-balanced beer will taste amazing, doesn’t matter if it has 80 IBU or 150 IBU.

Just remember that the next time you pop open a Jack Hammer. 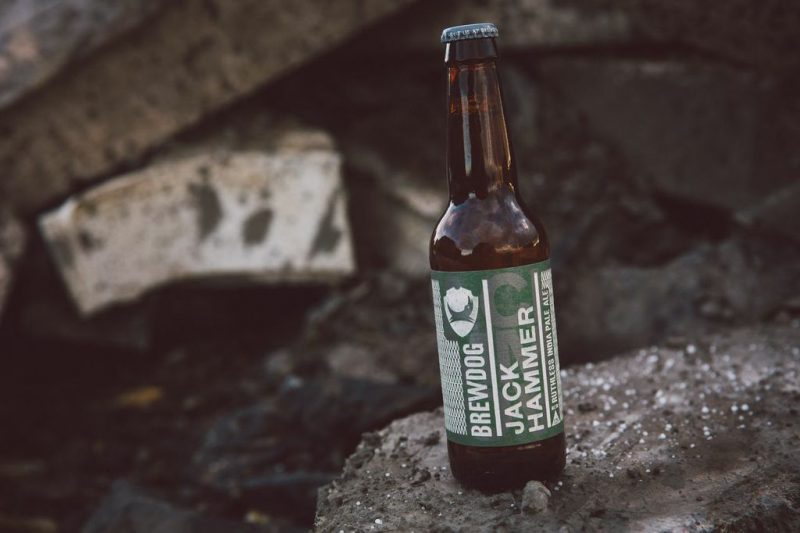