Stout beer, like coffee, is definitely an acquired taste. I don’t know about you, but I certainly didn’t go grow up loving beer, or coffee for that matter. But the more I drank and began to appreciate it, the more I felt I didn’t want to be without it! The lovely blend of flavors and complexity in stouts make it one of those delights in life that never tires. And the beer ratings seem to agree: dark beers are generally rated the highest. If you are a stout drinker, this will not be news for you. But there are always things to be discovered in the land of hops and barley! Here are five things you may not know about stout.

1. Porter vs. Stout: the eternal debate

What exactly is the difference between a porter and a stout? Nowadays it’s hard to tell. Porter has so deviated from its origins, it is now indistinguishable from stout. It didn’t start out that way. In the 1800s stout was technically a stronger – or stouter – version of a porter, which was a common brown beer. And brown stout was . . . a stout brown beer. It quickly got muddled. According to the famous Michael Jackson (not the one with the glove) “porter was originally the dominant term, although the description stout was also used colloquially from the earliest days.” Historians have found that many British porters and brown stouts in the early 19th century used identical recipes. (That pretty much solves the case of the roasted barley myth.1) In 1817 Daniel Wheeler invented a technique for roasting malt until it looked like espresso (now known as ‘black patent’). While England was still enjoying their porters based on brown malt, Dublin breweries embraced the use of black malts. Combined with Dublin’s soft water, the resulting beer was dry and sharp. Hello Irish stout.

2. Your stout is made of pale malt

Sure, the lovely dark almost black color comes from dark malts. But did you know that only makes up for 10 – 20% of grains used in your beer? Your stout is predominantly brewed with pale malts, which provide the convertible malt sugars and enzymes critical for fermentation. Thus the amount of pale malt in a recipe affects the alcohol content. The color and the flavor come from the remaining part of the grist. Another fun fact: an imperial stout contains more hops than a standard IPA, but the strong, semi-sweet dark malt presence in the imperial stout will balance out the bitterness. 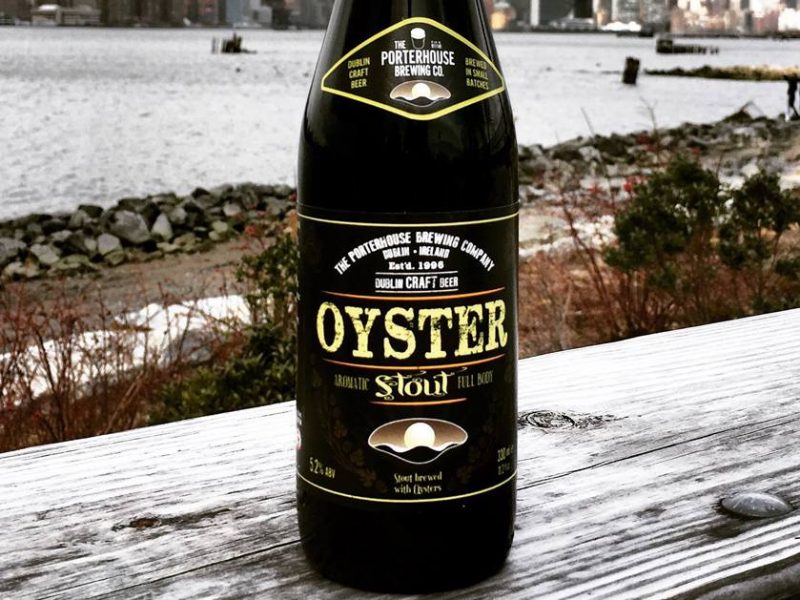 You can argue if stout is actually a beer style. There are so many variations on it, it may be more accurate to say that stout is the generic name for a large family of beers. The most well-known modern stout is the Irish dry stout, popularized by Guinness.

Another popular, but stronger, stout version is the imperial stout. Originally brewed by England for export to the Russian Imperial Court, these beers with their combination of booze and syrupy malts are – as The Beer Bible so adequately describes – the kings of decadence. The flavors tend to include a combination of roasted chocolate, coffee and caramel.

The oatmeal stout creates a silky mouth feel that becomes oily when large amounts of oatmeal are used. Milk stouts have a richness that comes from the use of lactose. Cream stouts have similar qualities, but may or may not contain lactose.

But it doesn’t stop there. Oyster stout anybody? This was news to me in my beer course, but oysters are a classic food pairing with dry stouts. To exploit this excellent pairing, brewers have been putting freshly shucked oysters into their brews, like Flying Dog Brewery’s Pearl Necklace Oyster Stout. As a vegan, that is a flavor I will never know the joy of (and can live without). Let me know if it’s any good.

4. Stout was once advertised as ‘healthful’

Towards the end of the 1800s stouts developed a reputation as being wholesome and healthful. Doctors and scientists believed stout aided in digestion and restored lost appetite. Some traditional English sweet stouts, referred to as milk and cream stouts for the milk sugar (lactose) added to the brew, were prescribed for invalids and, as recently as the mid-1900s, were frequently recommended to nursing mothers. As you can see, Guinness made quite good use of that in an attempt to perpetuate the trend.

They really are related to beer! The world records, and later the Guinness Book of Records, were the brainchild of Sir Hugo Beaver in 1951, then the managing director of Guinness Breweries. It started during a hunting party, where he became involved in an argument over which was the fastest game bird in Europe. You maybe cannot imagine a life without internet; at the time there was not even a book with which to settle arguments about records. Beaver’s idea became reality when a Guinness employee recommended friends, who had been running a fact-finding agency in London. They were commissioned to compile what became The Guinness Book of Records in August 1954.

There are a lot more interesting stories about Guinness! Check out some more fun facts here.